Almost all countries have rules, regulations, and laws that apply to the use of balloons. These laws are generally applicable to unmanned, moored, and free balloons in regard to civil aviation safety.

In 2000, Australia was the first country to begin drafting such laws, and as a result, other countries began using Australian regulations to draft similar UAV legislation.

Aviation Bodies and Sources of Information

Here are some sources of regulations, as they relate to unmanned, moored, and free balloons. 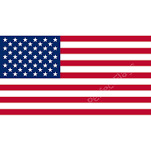 Any balloon larger than 6 feet in size, that breaks free from its tether, must be reported to the nearest airport authority.

EASA (European Aviation Safety Agency): Made up of mostly European members. A few international representations also make up the EASA, including Canada, the USA, China, and Singapore.

ICAO (International Civil Aviation Organization): Is a United Nations specialized agency that includes 191 Member States, along with industry groups. They attempt to reach a consensus on aviation Standards and Recommended Practices. As a body, they have an impact on rules, regulations, and laws that impact moored and unmoored balloons.