How to Create Fire Flame Balloons

Anagram's self-sealing foil curve balloons can be used to create fire flames. These balloons come in many different colors and sizes from 28-inch to 42-inch.

We suggest that decorators use red and gold to replicate the same look as real fire flames. The curved design of these balloons gives the upward appearance of flames. The ratio of red to gold balloons is up to you, but we suggest using a larger quantity of red balloons as it makes for a greater effect.

Once inflated with helium, attach each balloon to a ribbon (preferably red), and place them as close together as possible. Balloon Bond, Stretchy Tape, or glue dots can also be used to stick balloons together. When setting up flame balloons, ribbon lengths should vary from short to long in order to create an organic look.

Qualatex agate balloons can also be used, as they have a marble and swirl effect. Entertainer balloons (shown below) can be used as well. Attach balloons to a base of air-filled latex balloons, while securing them upright with rope, ribbon, string, etc. After balloons are inflated, they can be wrapped around the arm for a few seconds to create a curved look. Entertainer balloons should be placed in a random sequence, so they are not all uniform in length. See the links below to some of our firefighter, curve, entertainer, and agate balloons. 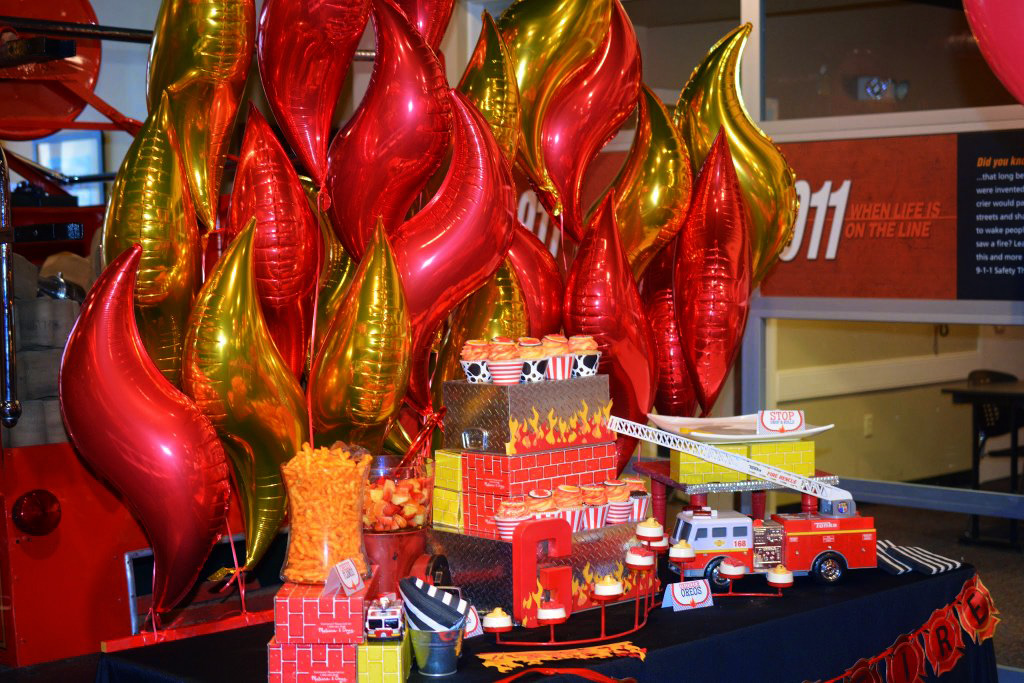 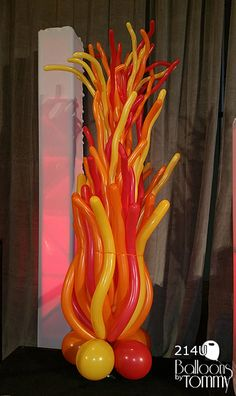