How are foil balloons printed?

Almost all foil balloons are printed using flexography. Flexography is a high-speed printing process that utilizes flexible plates. These plates have the printed images raised up on them. When ink is applied to the raised surface of the plates, the plates rotate to press the image onto the stock. In the case of balloons, the stock is the film used to make the balloons. Flexography printing uses fast drying inks, that allow the multiple presses to add one colour after another. This is done with limited labour at very high speeds. By mixing colours cyan, magenta, yellow, black (CMYK), and white, along with spot colours; you can create all the colours of the rainbow. For large runs, flexography is a cost effective printing method. For smaller runs, the price of plates are costly, making printing balloons something you would typically only do in large volumes. Once the film is printed, the rolls of film are then fed through another machine that adds the self-sealing valve (if applicable) and manufactures the balloons. This process is called conversion. Converting the film into a balloon, takes much longer than printing the balloon. This also requires more labour. 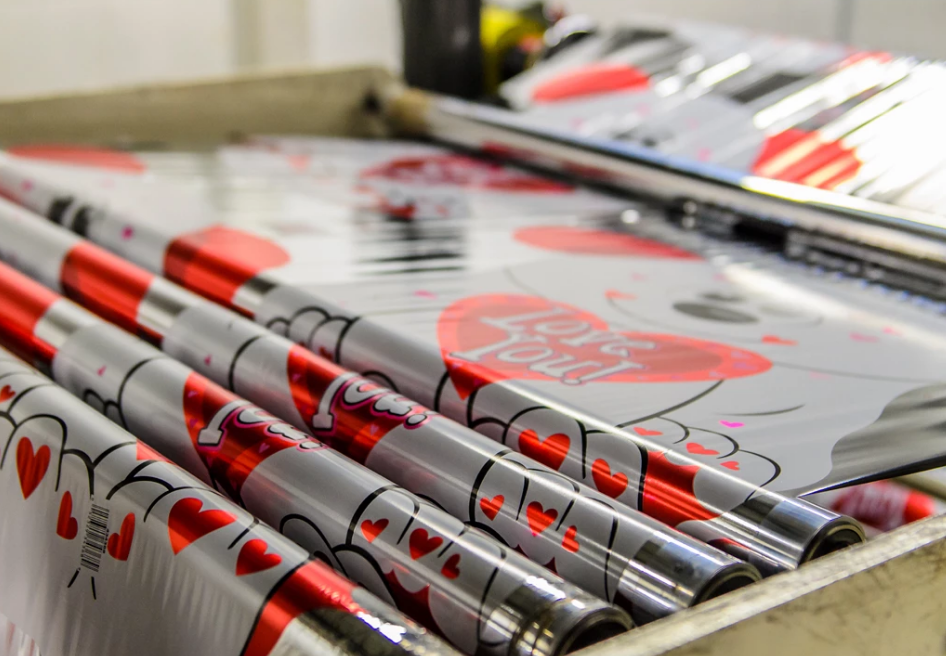